The client was a wealthy collector who, after touring the world, chose Barcelona as his ideal and comfortable city, able to best combine his private life and his business.

His new flat, acquired on the last floor of an exclusive building in the very centre on the elegant Gran Via de les Corts Catalanes, still needed important restoration work in order to be functional.

And here Romeo Sozzi, a long standing friend of the owner’s came onto the scene. It was he who took the situation into his hands.

With Promemoria we performed a real work of contract, managed by myself in first person. I was in fact the architect charged by the firm with the owner’s plans, with the building work to redefine the interior environments and with the planning of all the furniture elements (standard as in the catalogue and non, such as the kitchen and a multi-usage space which was used as a room for guests).

After a first on-the-spot investigation and the following planning of the building, electric and hydraulic works (all the plants had to be modernized), the work started with trustworthy Italian workers.

The real titbit of the flat was the magnificent terrace that offered a spectacular view on the city. The planning made the most of its surface and made it usable in terms of privacy and comfort. Thanks to a big crane we hauled up a mini Jacuzzi swimming-pool as far as the eighth attic of the building among the incredulity of passers-by and neighbours. Box-hedges, perimeter flower boxes, sittings with the double function as storage and floor in iroko completed the work, made precious also by polychrome lights and an external inox shower (Pipe model by Boffi). 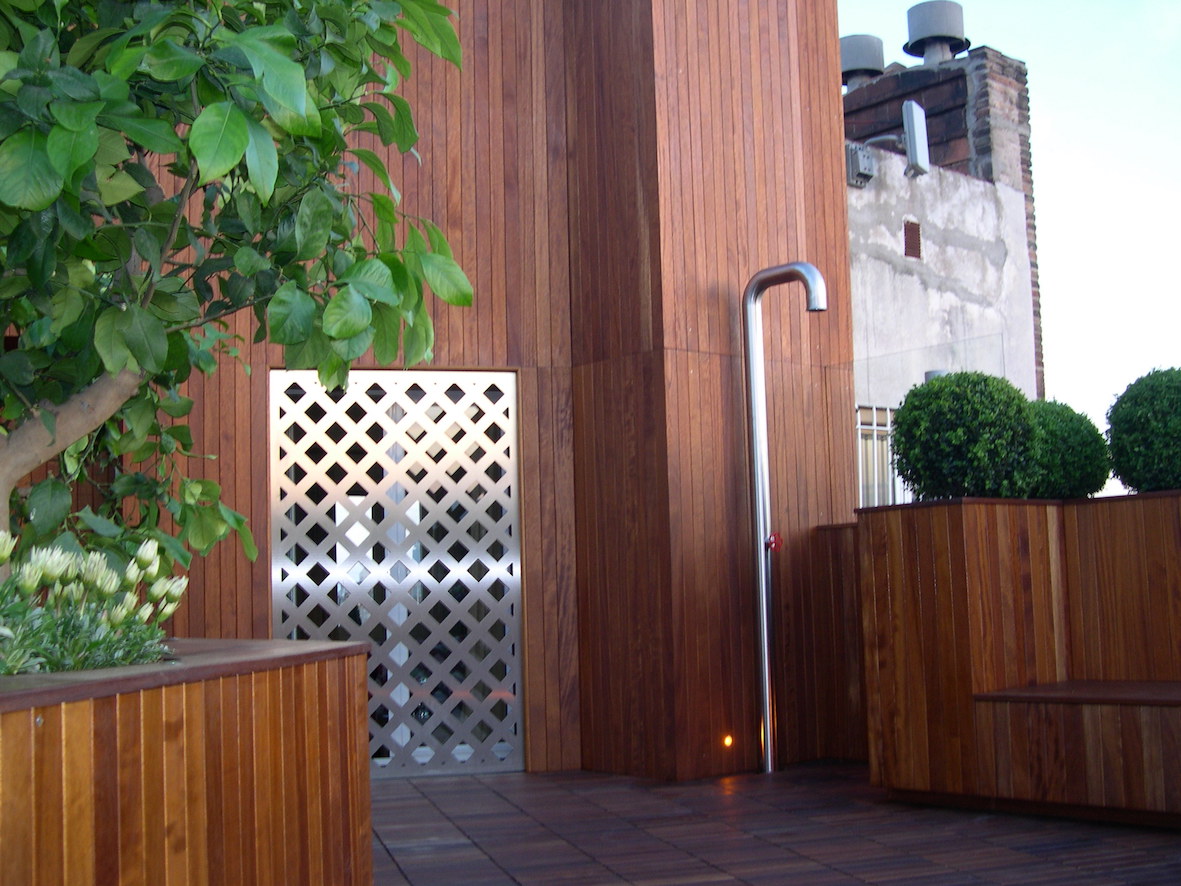 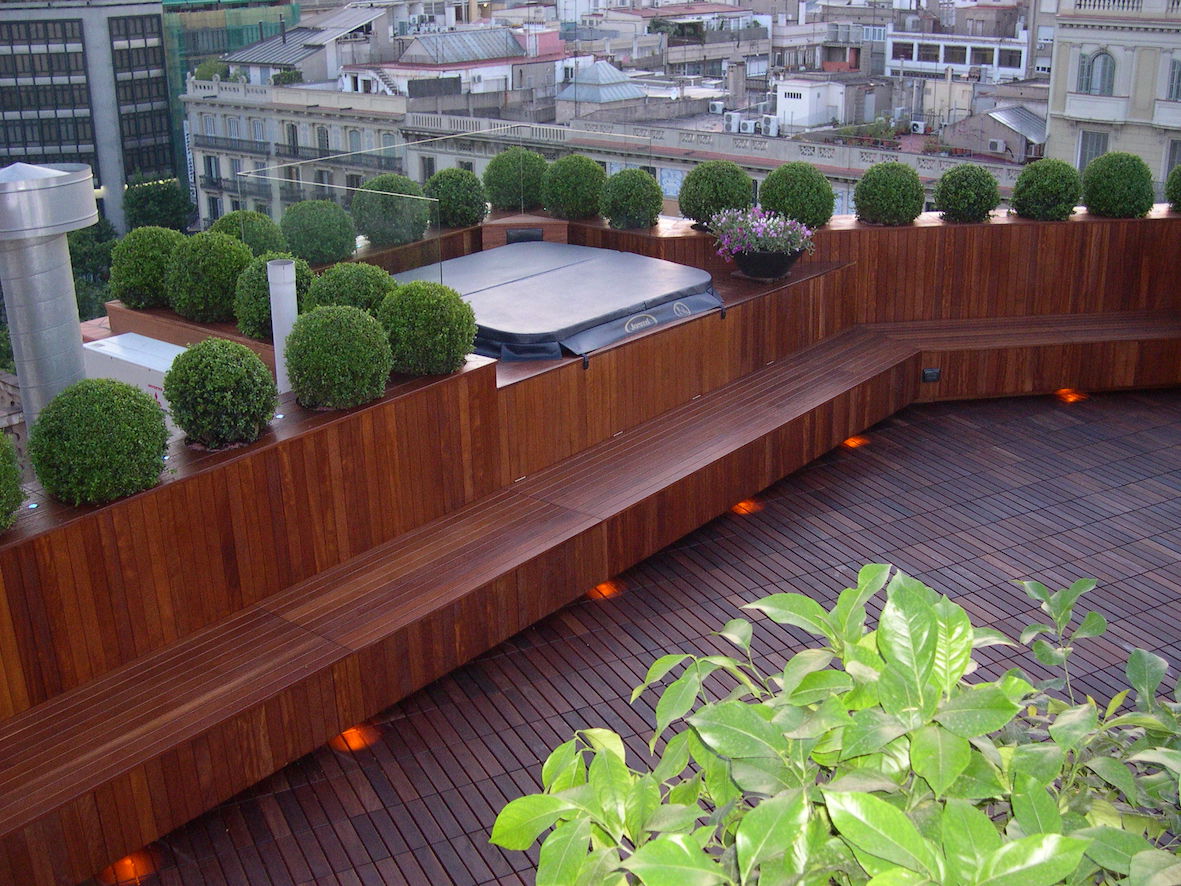 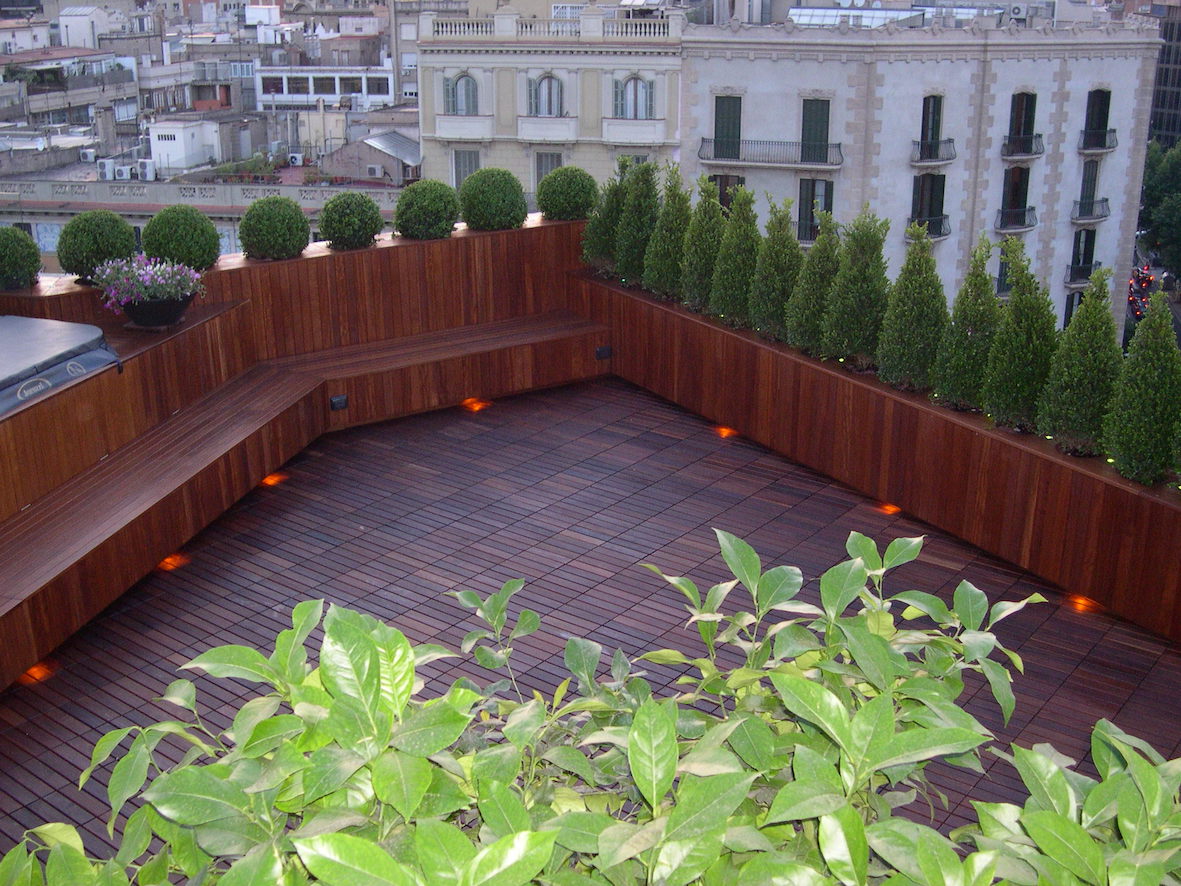