It was the summer of 2015 when Moderus Interior contacted me for a project in Moscow which required my presence.

I was only told that it was about a wide flat in a prestigious location and that the client, a wealthy Muscovite entrepreneur, required an “Italian” architect.

On our first on-site-inspection in September we visited the new building under construction by the banks of the Moskva River, one of the most beautiful areas in the city. The sight is breathtaking: the river in the foreground and the domes of the Kremlin in the background leave you open-mouthed, especially at night when the lights of the Russian capital draw a fantastic view .

The client had optioned 2 or 3 flats on the sixth and top floor, which were then still unobstructed by any divider.

My fist talks with the owners, a family with two grown-up children already away from home, helped me to better understand my clients’ requirements so that I could make the first draft of a project, a base for me to understand if I was on the right way and able to work with them.

It was December 2016 when I put my first planning proposal to the approval of my clients.

It was an immediate success: the winning intuition was that of orienting the flat towards the domes of the Kremlin. Every person that enters the flat is “obliged” by the planning design of the walls to turn of 45 degrees compared to the orientation of the building in such a way  that from the windows, from any angle, one’s gaze reaches the Red Square itself, which for every Russian represents the real centre of the whole world.

The work was ours. With Moderus Interior we organized a team able to manage all the stages of such an important project, from the bureaucratic speech to the renders, as well as the workers required for the construction, electrical, mechanical and furnishing jobs.

The project involved more than 30 firms, 90% of which were Italian.

For the release of the administrative procedure we made use of the collaboration of one of the most important Muscovite studios, the studio of Architect Dmitry Pshenichnikov, responsible for DP-Patners architect.

The renders of all the spaces, which we needed to better illustrate our ideas to the final client, were carried out by Projectivestudio in Moscow.

The construction, mechanical and electrical works are entrusted to the Slovenian Omnia-Arhing with whom I am returning to collaborate after the Chechen experience.

The client was very exigent, not only from an aesthetical point of view, but also in terms of technology: all the house in fact had to be checked with knx home automation systems. Besides the usual scenery of lights, video surveillance, etc.., also the temperature and moisten had to be managed punctually, room after room on a par with a museum (electrical components and touch screen by Gira, selected by myself and supplied by Selectra, Bolzano).

With regard to the finishing, the floors in water-jet marble were made with plates chosen in the Antolini workshop and worked by FR Marmi of Flavio Ronchetti (another old “Chechen” acquaintance).

The statuary fireplace in white marble was by Sculptor Paolo Borghi of the incredible workshop of Franco Cervietti in Pietrasanta (the cherubs that sustain the drapery have the features of the owner’s children when they were in school age).

All the mosaics were by Sicis, dealt with expertise by clever Maurizio Locatelli (former showroom manager in Milan).

The wooden flooring was a four-handed design with Favorit Parquet Moscow of my friend Karò Arutyunov.

The wallpaper was by Carl Robinson and KT Exclusive, supplied by Bianchi Lecco.

The incredible pictorial decorations were by Daniela Schmidt and Marika Pozzi.

The ceramics in the bathrooms were by Flaminia and Toto, the bathtubs and the washbasins with steel undercounters were by Kaldewei, the taps by THG and Dornbracht, electric towel warmers by Tubes, special custom shower cabins by Mi.Ro Glass.

The furniture in the guest bathroom was by Bianchini & Capponi with the special lightning of Banci.

For what concerns the special countertop furniture, chosen and designed by myself down to the smallest details for all the 25 rooms of the flat, it was mostly managed with the Brianza excellent firms of classical furniture: Pozzoli in Cabiate and Rho Armando in Mariano Comense.

The kitchen was by Faoma as well as the furniture in the pantry, while the household appliances were by Vzug and Fhiaba.

Service kitchen, which was made by Salcom.

The technical lightning was handled by Nicolaj Vorobyov of Zumtobel Moscow, the led lightning in the ceiling throats was a special custom implementation of Elettrica Albano of the very good Alberto Finazzi.

Purely Venetian was the supply of chandeliers and wall lamps thanks to the special realizations on drawing by IDogi and Barovier&Toso.

The “all inclusive” service, which in this case the client had expressively asked me, was completed by the choice and the supply of cutlery and silverware by Cristofle, the hand-decorated porcelain by Richard Ginori and Herend and the crystals by Baccarat (thanks to the patience and competence of Simone Missaglia of Amleto Missaglia Milano).

The table and bathroom linen was by Frette while the mattresses and bed bases were by ViSpring (supplied by Villa Luxury Beds).

The curtains were designed and made, after a very long phase of selection of materials and colours, by Gerosa Tende, thanks to Enrica Rizzi’s collaborations and Antonio Gerosa’s solidity.

It is my duty to mention Rustam Kakhorov, the manager of Moderus Interiors,first, for his dedication to work during the daily management of a building site which lasted more than 4 years. He was the real driving force of the whole operation and the great “filter-manager” of all the client’s requests. I would also like to mention the very good fitters led by Pavel “Pasha” Verenshak: they made real what I had designed and had been produced by skilful artisan hands in Italy. 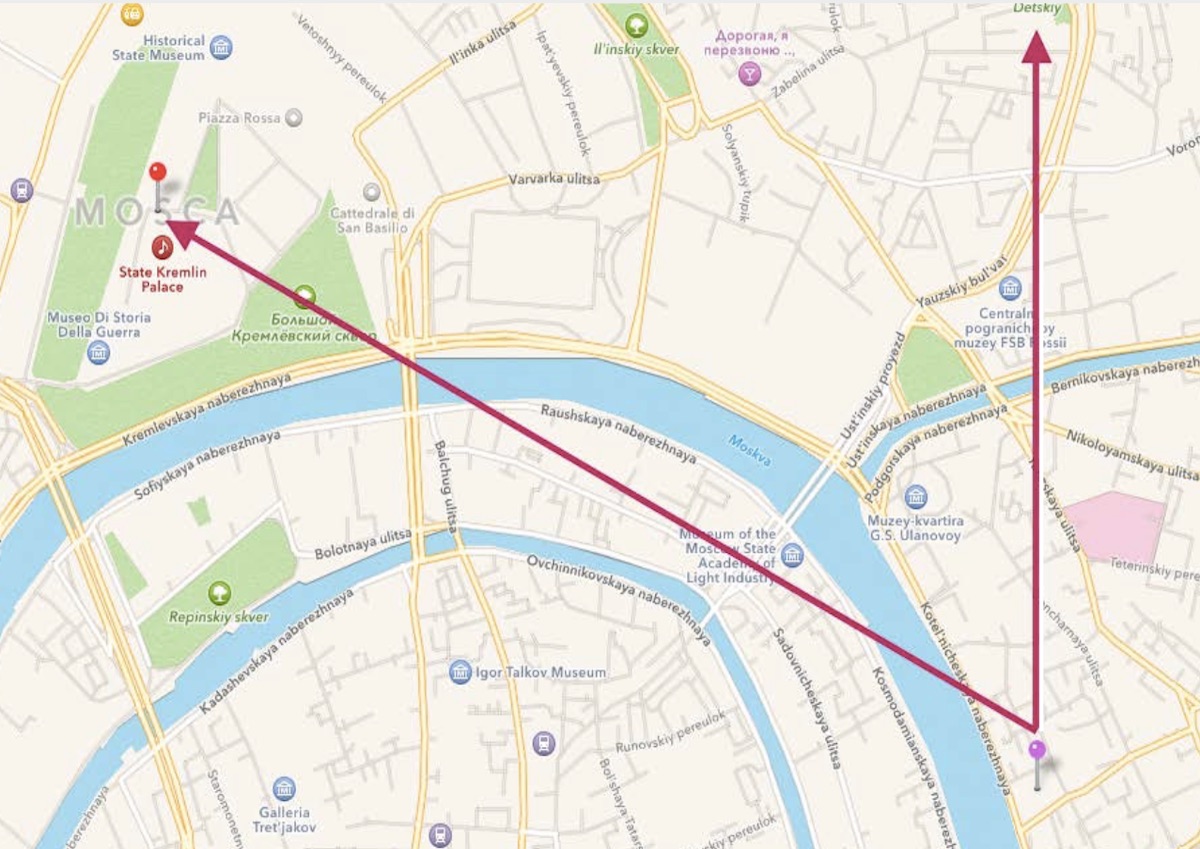 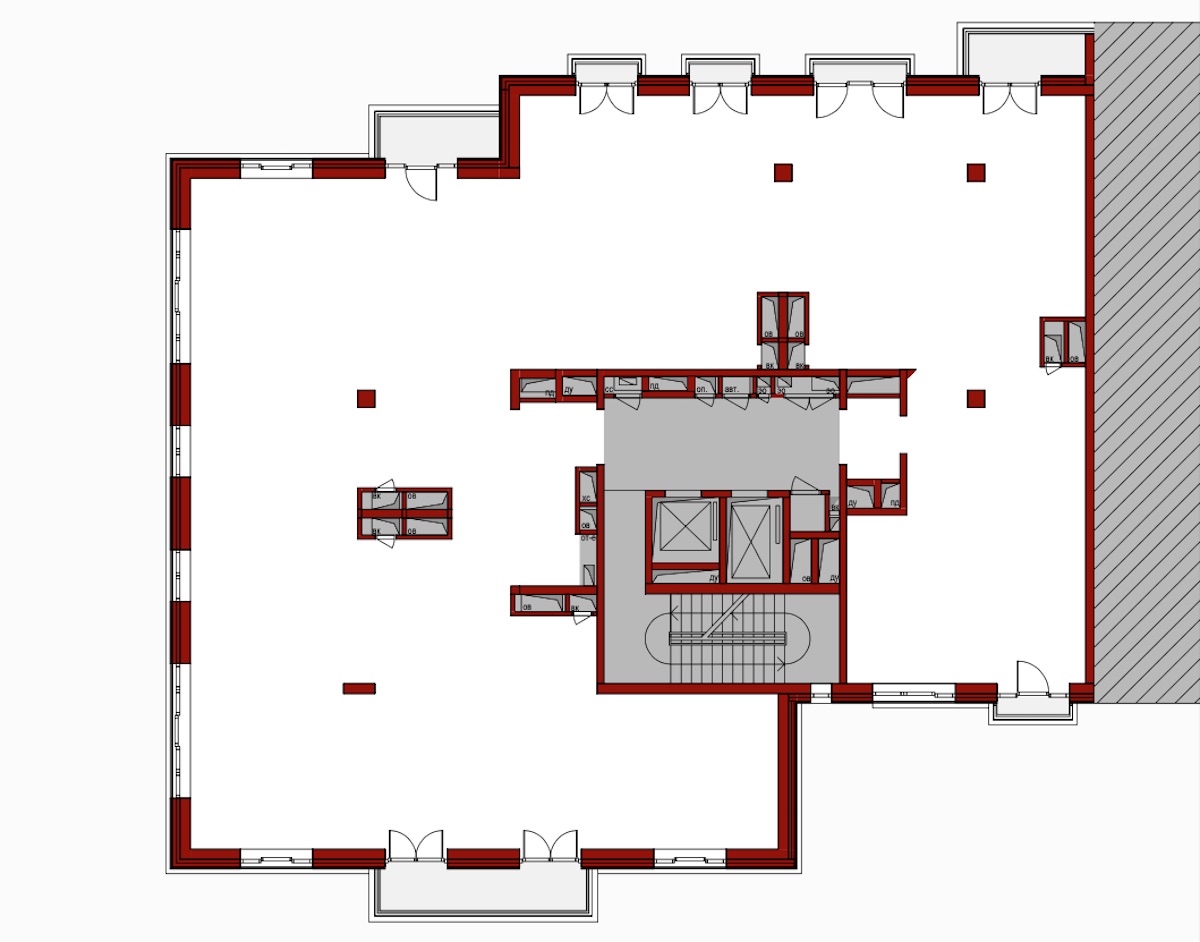 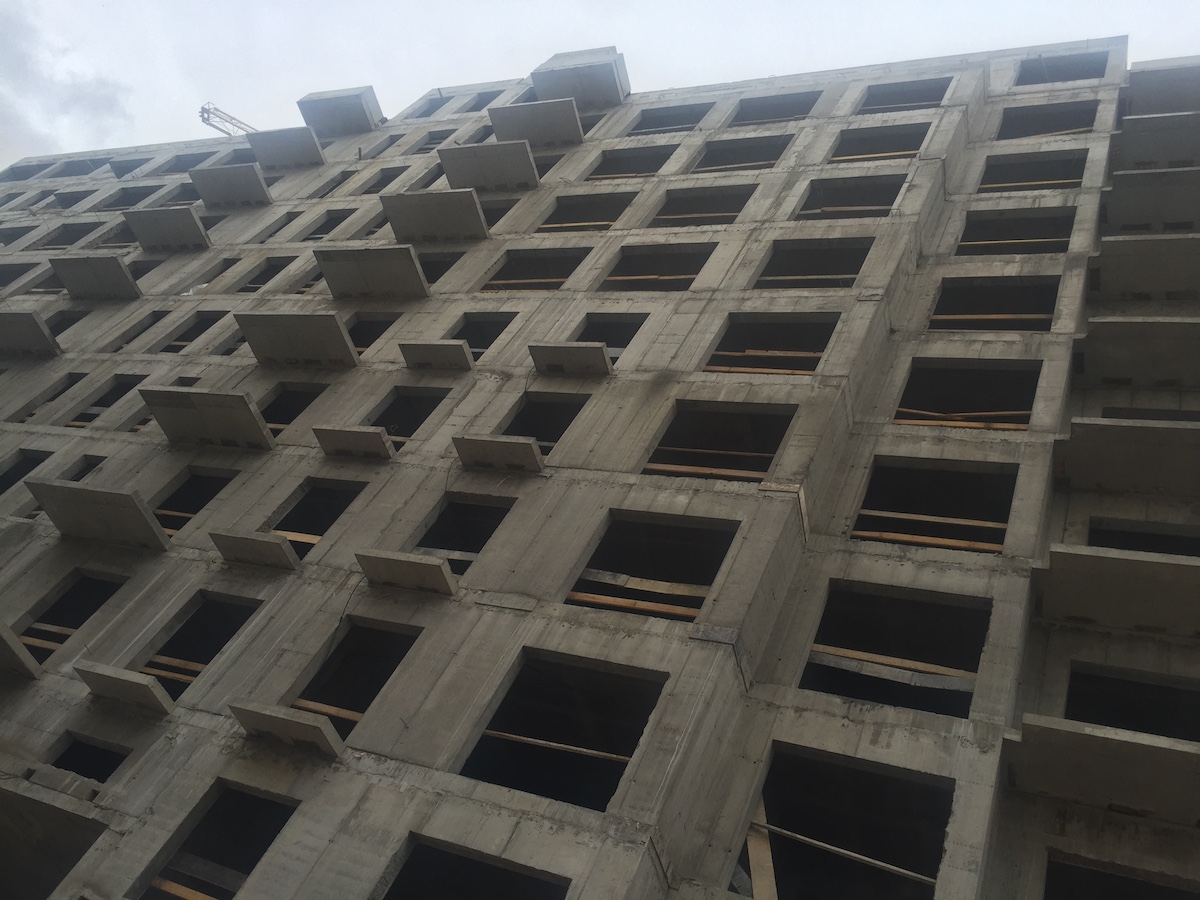 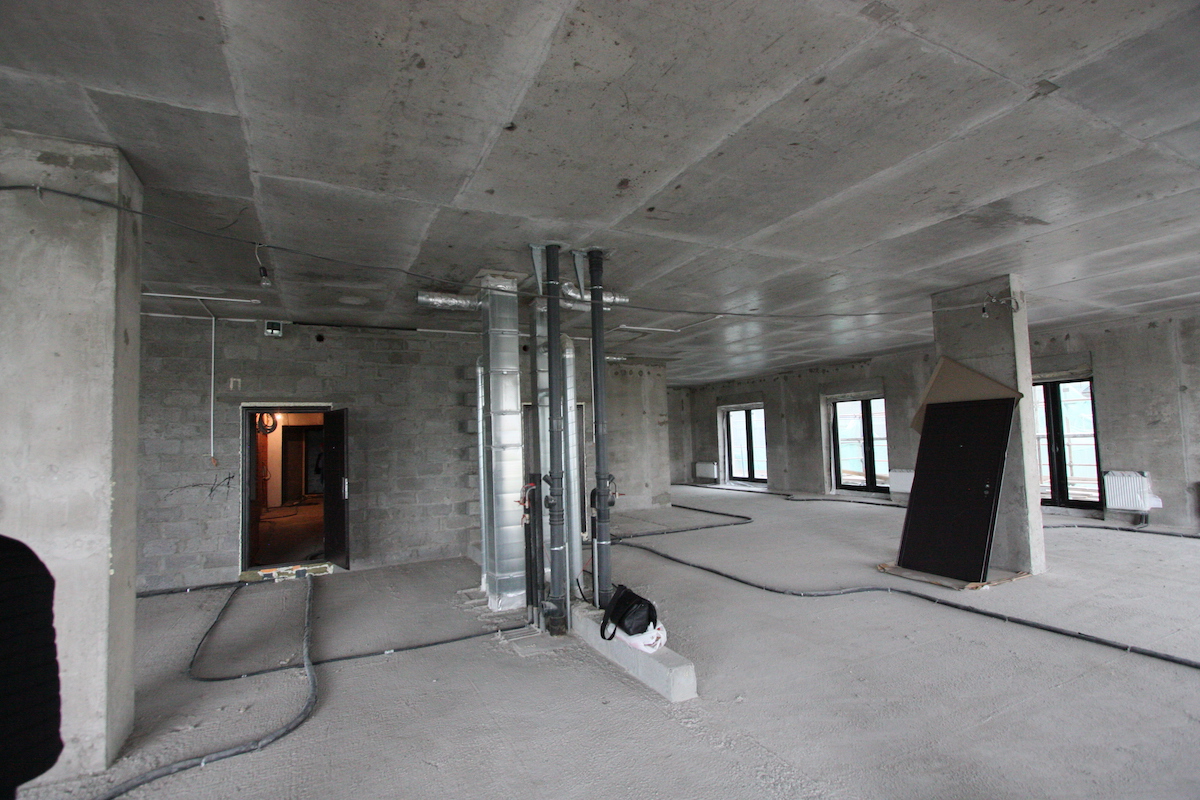 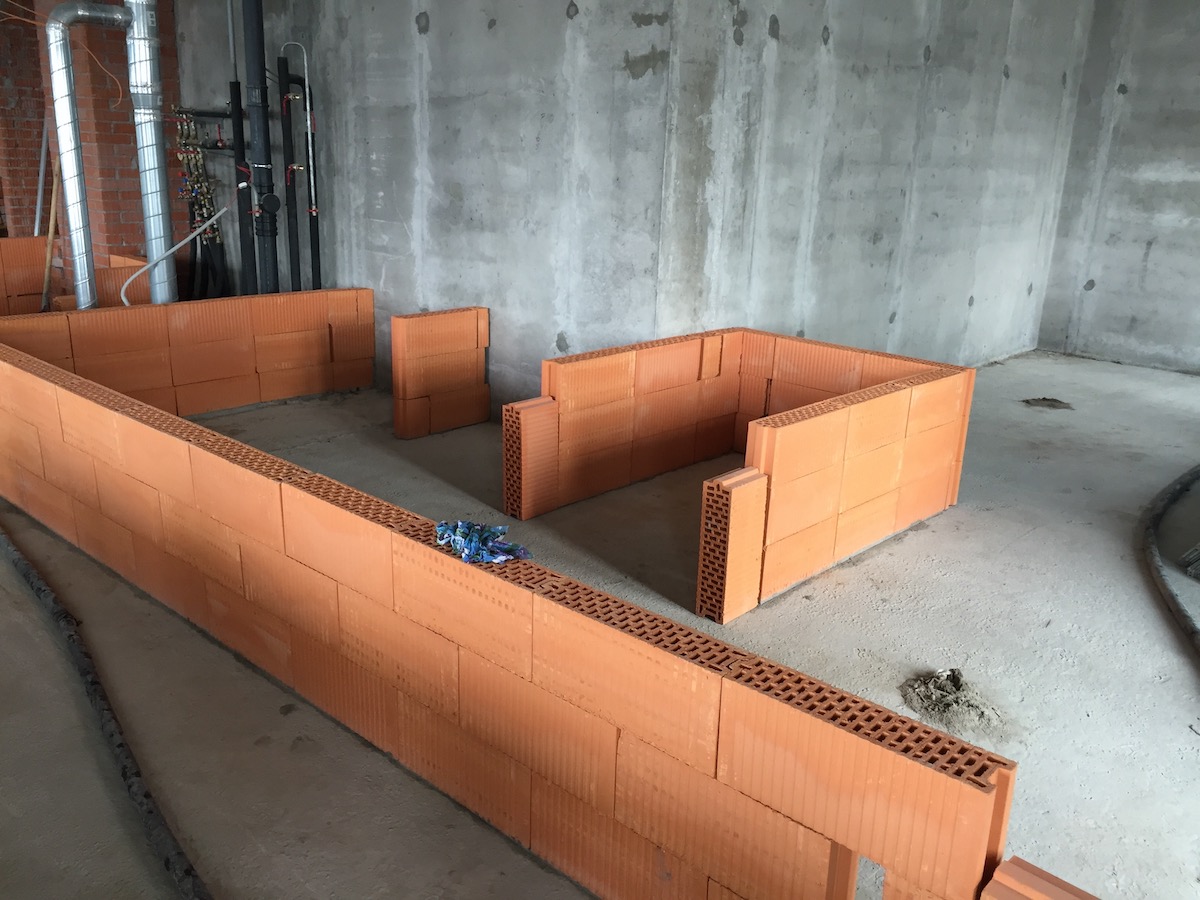 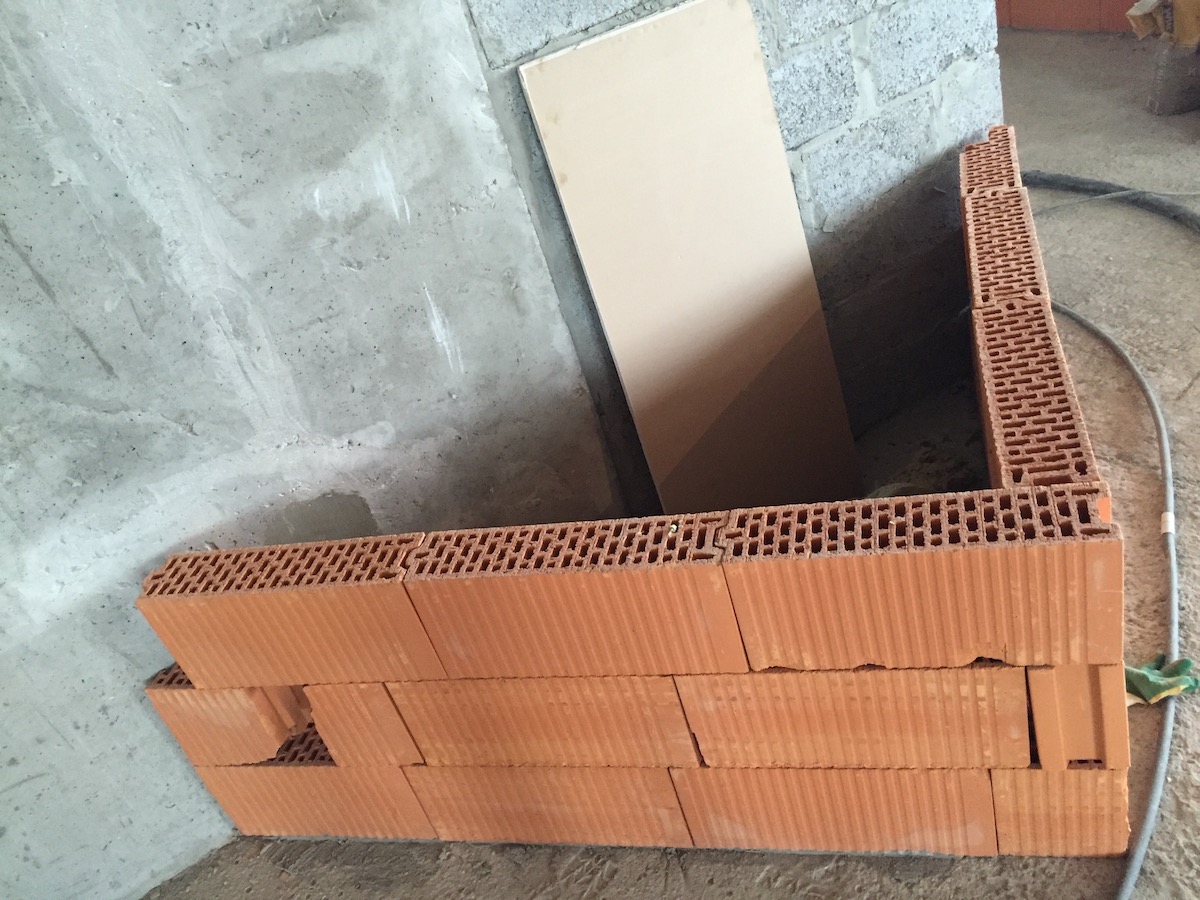 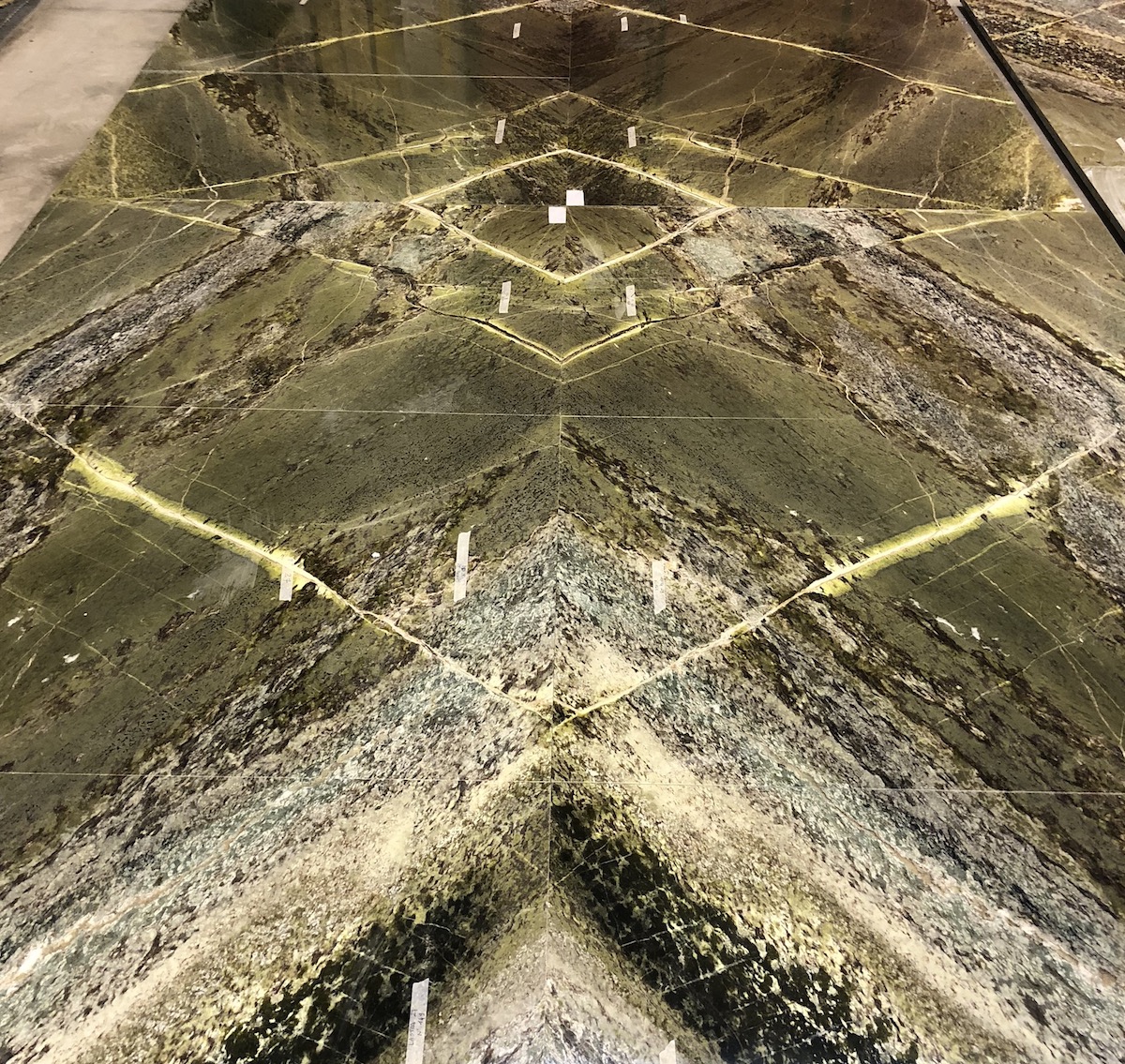 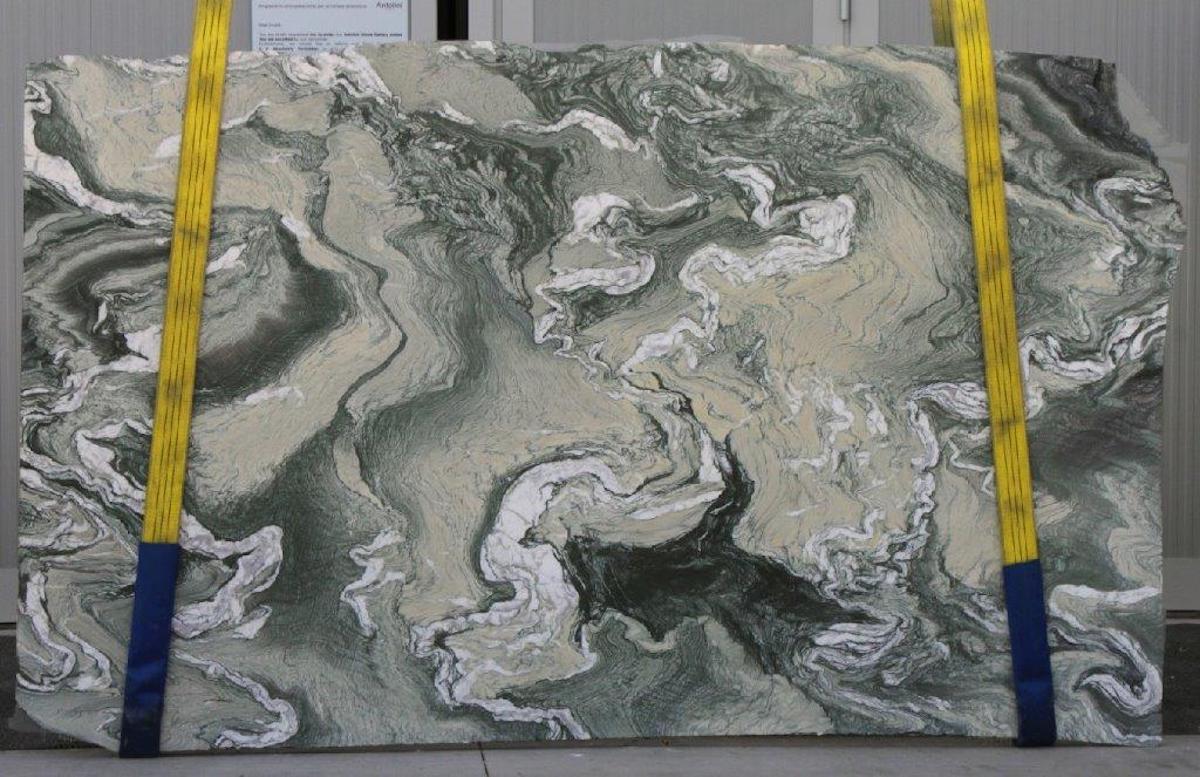 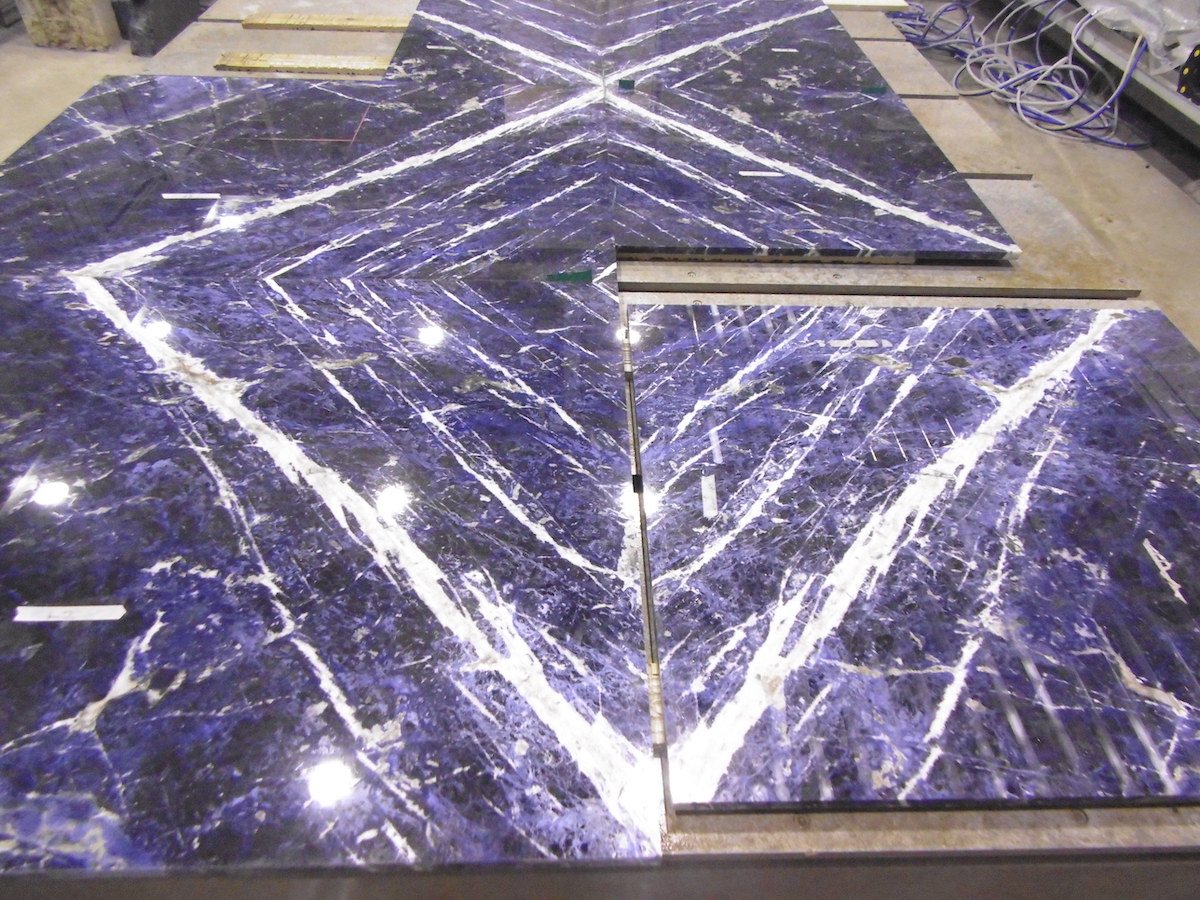 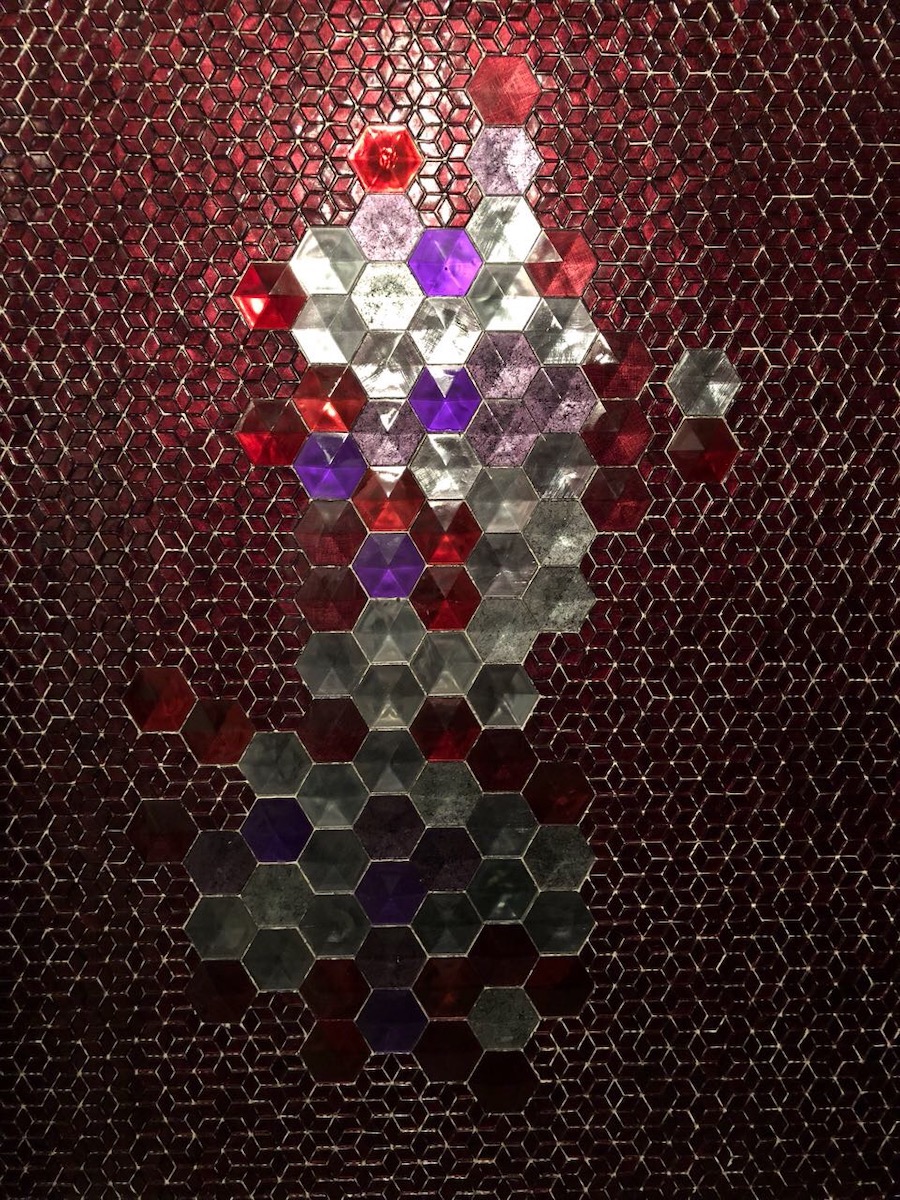 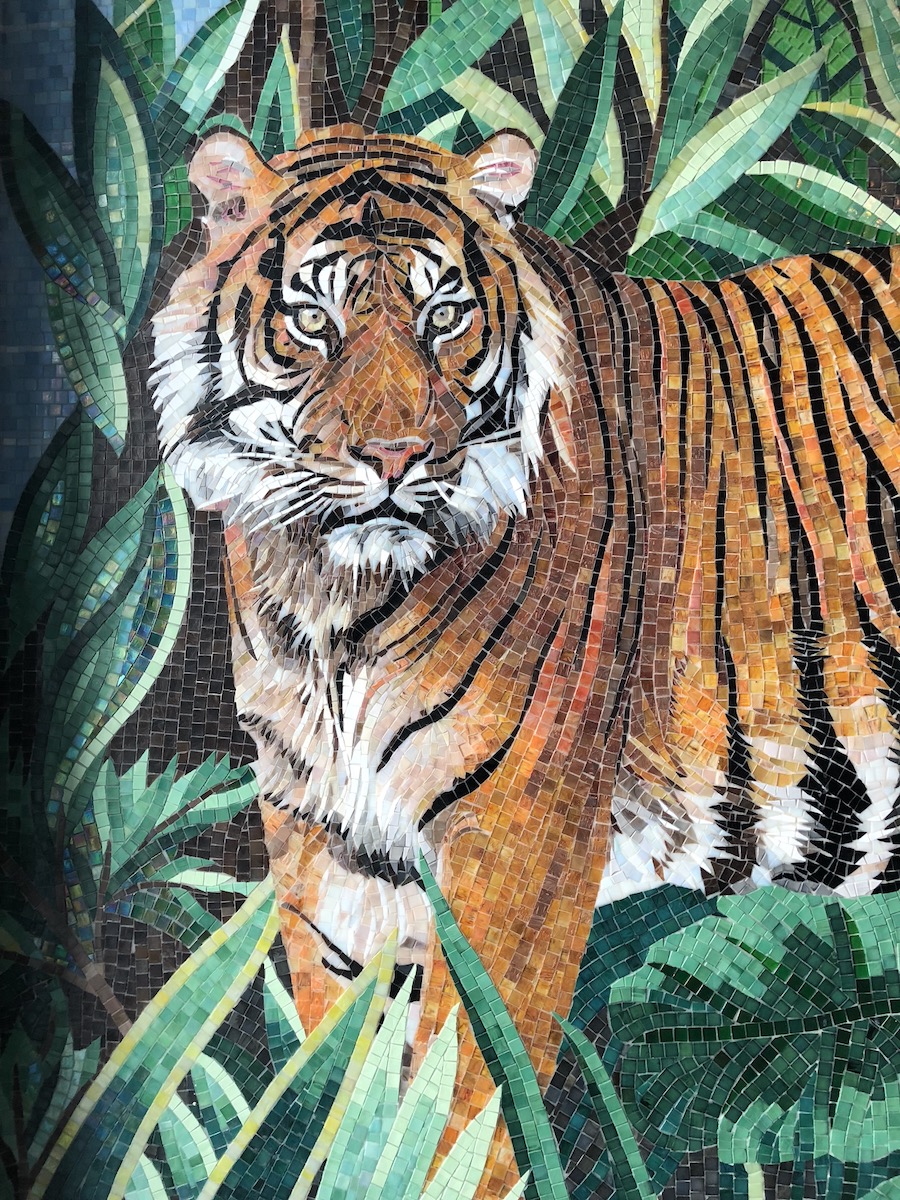 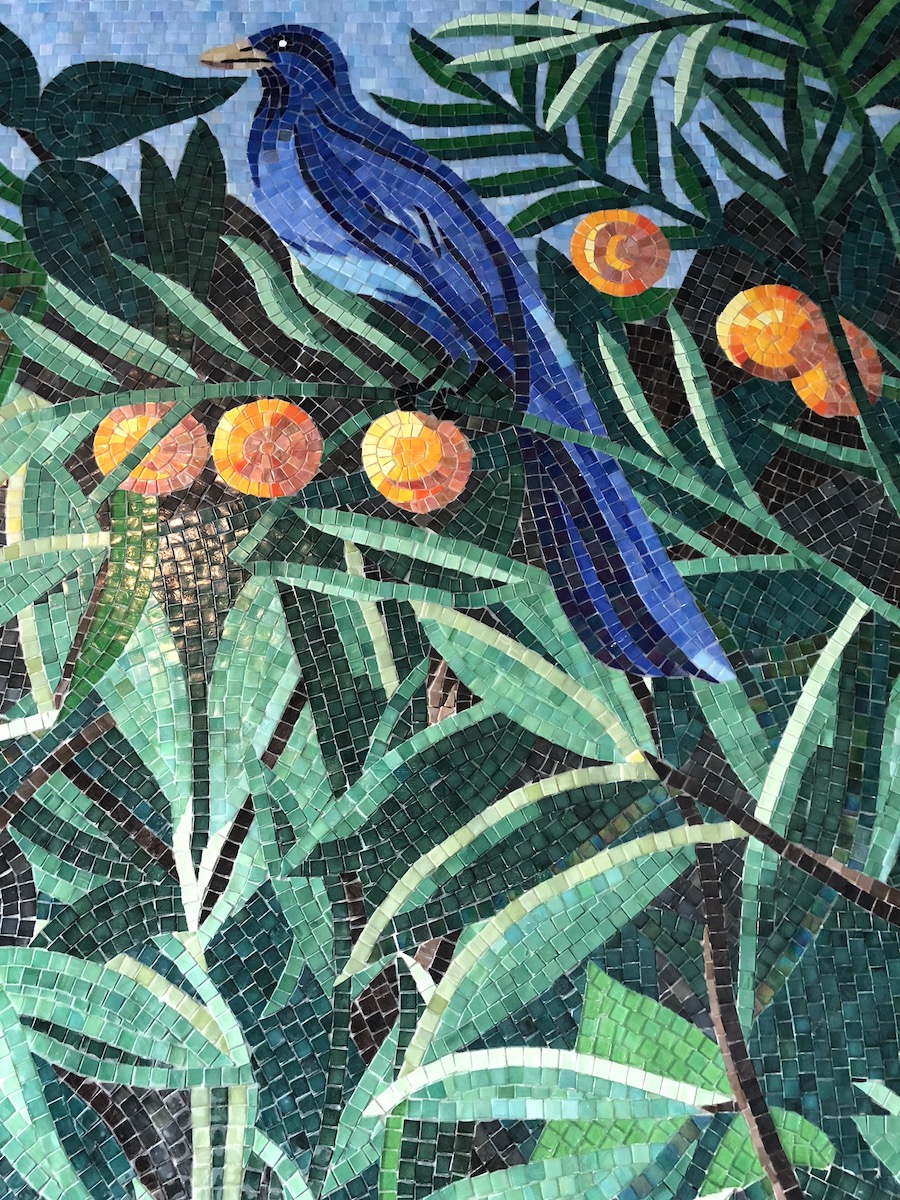 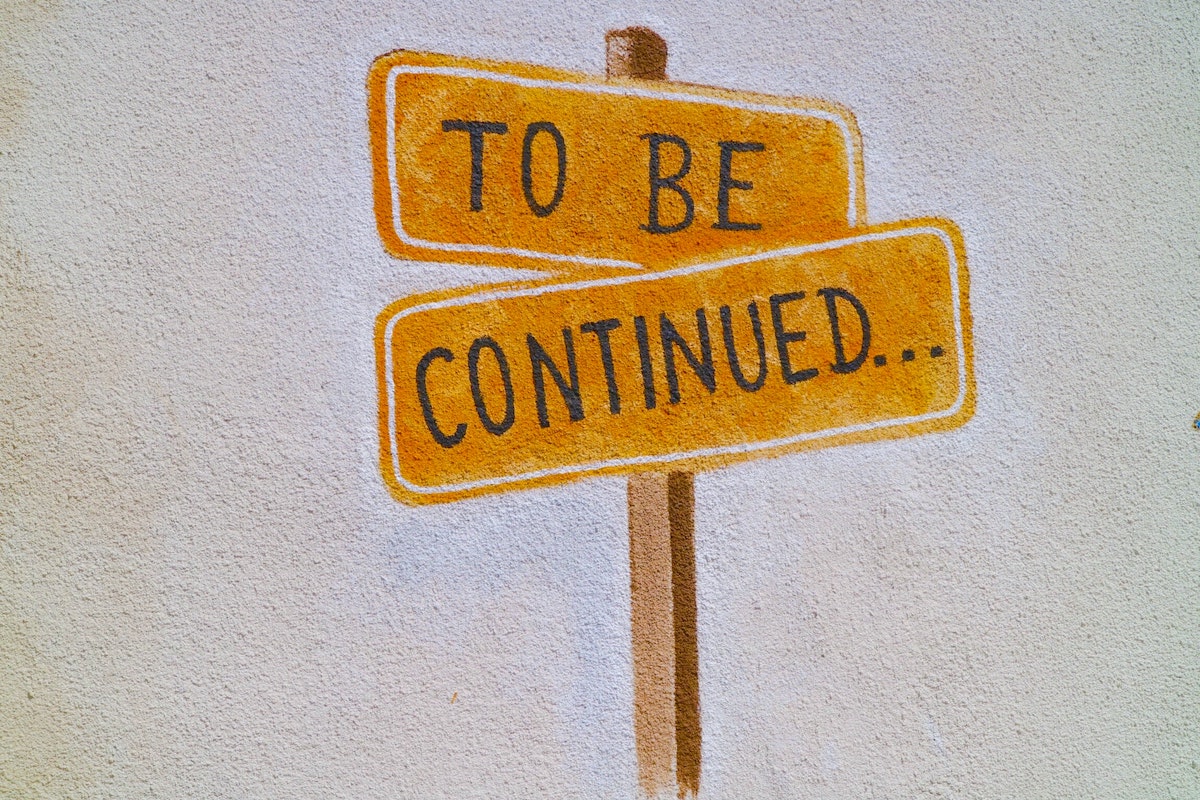